A state-of-the-art 3G pitch has been officially opened at Beauchamp College in Oadby by former England and Leicester City striker, Emile Heskey.

The new pitch was made possible thanks to investment from the Premier League, The FA and Government's Football Foundation, Oadby & Wigston Borough Council, Beauchamp College, Lionheart Educational Trust and Gartree High School.

The new facility will be used by partner club Oadby Owls Football Club who have teams starting from the under sevens through to a veteran side. It will also be used by Beauchamp College, Gartree High School and other local community groups and organisations. 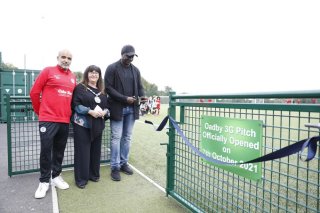 After netting a £588,241 grant from the Football Foundation, £150,000 in funding from the borough council and over £200,000 between Beauchamp College, Lionheart Educational Trust and Gartree High School, work begun on the site in late 2019.

Emile Heskey, who is now Leicester City’s ambassador to support the development of women’s football, was joined by Mayor of Oadby & Wigston Cllr Lily Kaufman, and Oadby Owls Chairman Haf Katib to officially cut the ribbon at the ceremony on Thursday 7 October.

Haf Katib, Chairman of Oadby Owls Football Club, said: This facility was much needed in Oadby for the schools, club and community. The club had tried for more than 10 years to build or find a suitable facility to be in line with the growth of the club which is one of the largest community-based clubs not only in the Midlands but probably in the UK. We started this project once again over three years ago and we’re pleased to see one of the best around finally here in Oadby and thank all the club members for their support as well as local residents, Beauchamp College, Gartree High school, the Football Foundation and Oadby & Wigston Borough Council.

Cllr Lily Kaufman, Mayor of Oadby & Wigston, said: “Improving health and wellbeing in Oadby & Wigston is a high priority for the borough council but it comes with its challenges in the modern age – obesity rates are on the rise, there’s a spotlight on mental and physical wellbeing – it’s never been easier for people to stay indoors, remain sedentary and avoid activity.

“That’s why it’s so important for the borough council to get behind and support projects like this, investing money into facilities that will bring huge health and wellbeing benefits to lots of local people over a long period of time.

“Congratulations to all the partner organisations that have invested time, effort and money to make this project become a reality – this 3G is a huge asset for our communities.”

Sally Wicken, Associate Principal at Beauchamp College, said: ‘The opening of the 3G Pitch marks a huge milestone for our school and wider community, which has always been a big champion of sport, and the values and lessons learnt from it.”

Ed Wilson, Assistant Head at Gartree High School, said: “It's wonderful to see our students accessing these state-of-the-art facilities every day as part of their PE lessons and sports fixtures. We're proud and privileged to be part of this investment in the health, wellbeing and sporting development of our young people.”

Caroline Smith, Facilities Officer at Leicestershire & Rutland County FA, said: “This is a fantastic facility which we are delighted to see open. Not only will it be of benefit to Oadby Owls but will help deliver and support a number of wider football outcomes in the county. We look forward to working with the academy on the development plan for football at the site.”

“Good quality facilities support the health of local people and communities, which is why we’re investing in projects like this across the country with funding provided by the Premier League, The FA, Government and Sport England.” 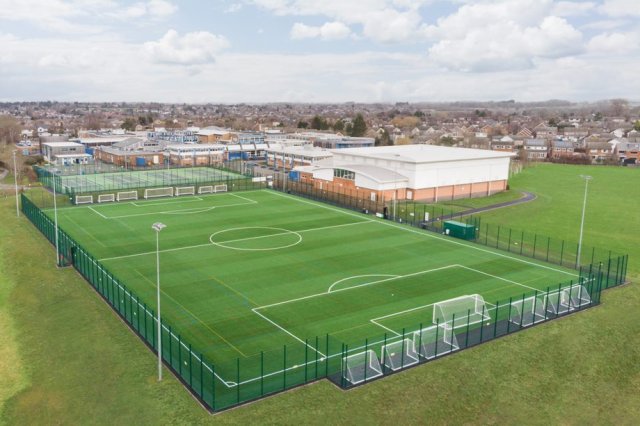