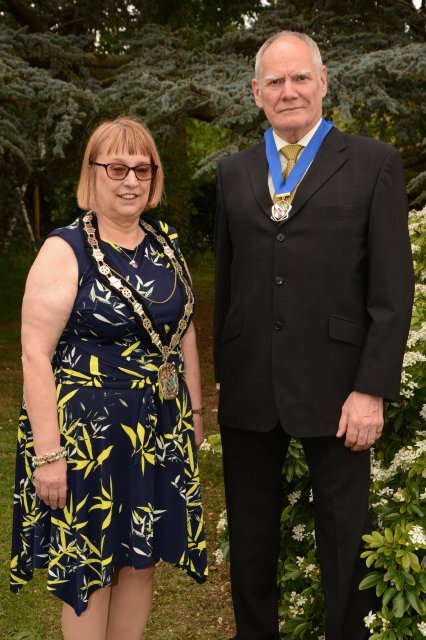 Councillor Rosemarie Adams has been appointed as Mayor of Oadby and Wigston for the 2022-23 municipal year.

The non-political role of Mayor is ceremonial, with the Mayor acting as First Citizen and representing the council at events and civic functions.

Councillor Adams said: “I’m honoured to have been elected to this position. I’ve been a resident of the borough for over 40 years and feel passionate about doing all I can to really put Oadby and Wigston on the map as a fantastic place to live, work and visit.

“The past couple of years have been difficult for us all, and I am looking forward to supporting our communities and building upon the community spirit that really came to the forefront during the pandemic..

“Each year the Mayor chooses a charity to support, and I’ve chosen Voluntary Action South Leicestershire who as a local charity provide invaluable support and services to many residents of the borough. As a carer I benefited from their incredible work first-hand, and throughout the next year I will work hard to ensure they are able to offer the same to as many people as possible.

“I would also like to thank the outgoing Mayor, Councillor Lily Kaufman, and consort Councillor Jeffrey Kaufman for their support over the past 12 months, and I hope to be able to carry on their fantastic work.”

At last night’s ceremony the South Leicestershire Litter Wombles were also awarded a special Mayor’s Award by Councillor Kaufman in recognition of their contributions to the borough.

The volunteer Wombles have made a huge impact in the borough, covering huge areas and clearing tonnes of rubbish from all corners of Oadby & Wigston.

Outgoing Mayor, Councillor Lily Kaufman, said: “Serving as Mayor of Oadby & Wigston has been an honour and a great privilege and I hope that I have represented our borough as best as I can. Presenting the Wombles with their special award is a fitting end to my year as Mayor and I can’t thank them enough for the work they do.

“My journey as Mayor has had many highlights, from bestowing the Freedom of the Borough to the University of Leicester in recognition of their decades of service to our community, to a tea party which my neighbours very kindly put on for my Mayoral charity, the Leicester Children’s Hospital Appeal.

“Raising money for charities has been challenging this year, but I have managed to raise a four figure sum for which I am very grateful and would like to take this opportunity to thank everyone who donated.

“I would also like to thank the officers of Oadby & Wigston Borough Council who have helped and supported me.

“And finally my best wishes go to Councillor Adams who will make a splendid Mayor representing our lovely Borough and I hope she enjoys her year as much as I have.”